Who Is Marc Lore and Why Does He Matter? 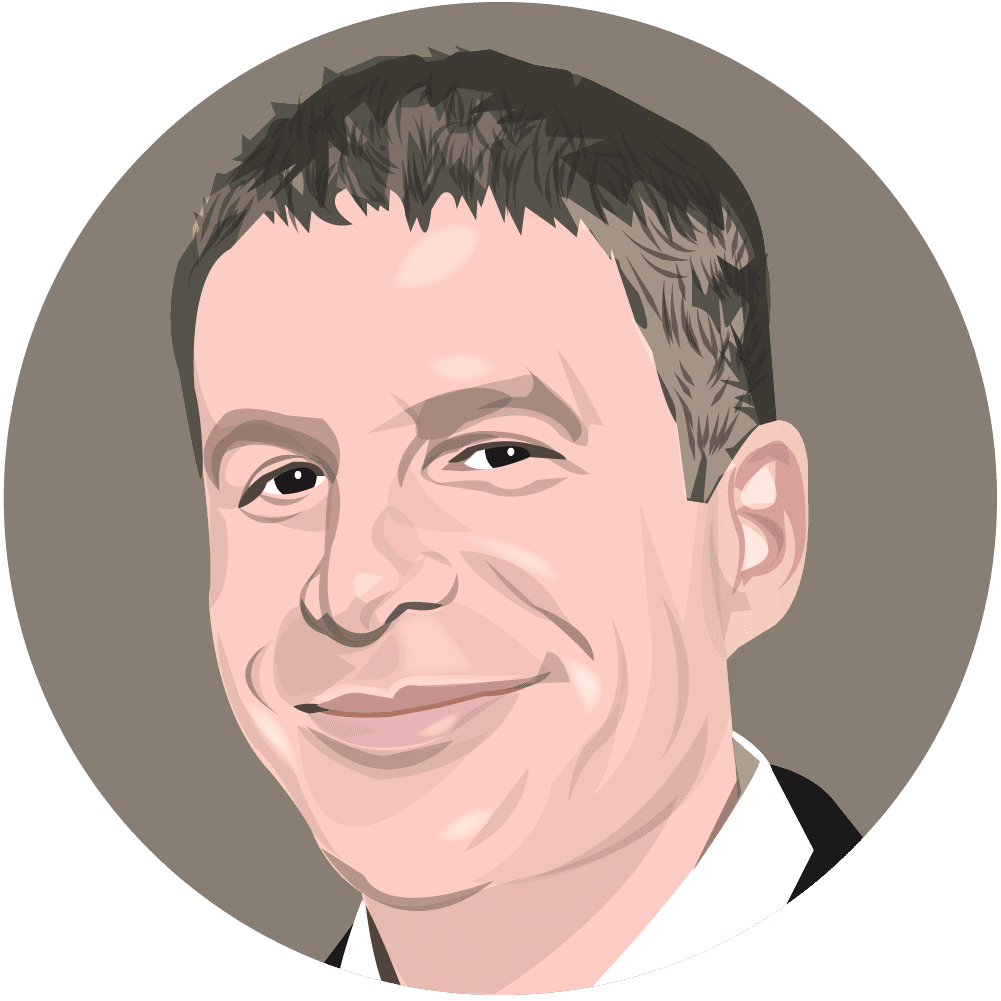 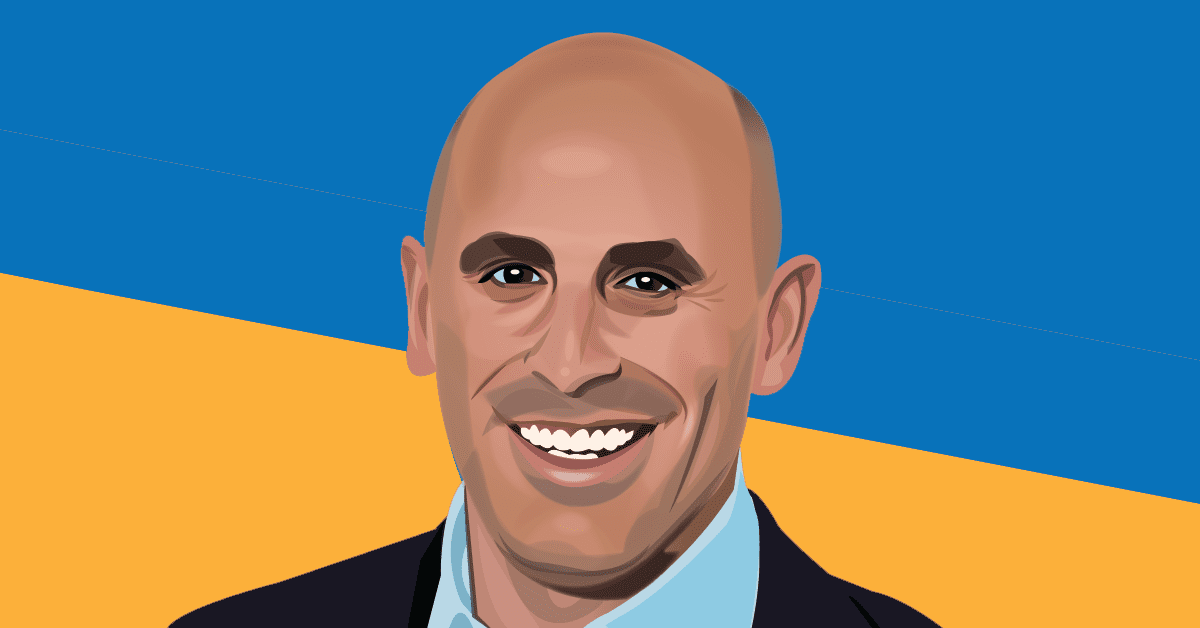 Do Billionaires read their own press? If Marc Lore does, he must love what he's been seeing. Article after article acknowledge the impact his leadership has had on Walmart's eCommerce business and Walmart is now seen as the biggest threat to Amazon's US dominance. Accelerating sales results back that up - Walmart was already growing 30-40% under Lore's leadership and, helped by COVID, is up >70% so far in 2020. A dramatic change from the pre-Lore period...

At the outset of 2016, Walmart's eCommerce business needed a turnaround: Although US eCommerce growth overall was well into double-digits and accelerating, Walmart eCommerce growth had dipped into single digits (7% in Q1 2016). CEO Doug McMillon wasn't happy with results - "Growth here is too slow," he said on an analyst's call. Walmart, a company not used to losing, had to face the fact that their business was one sixth the size of Amazon's and the gap was getting bigger every quarter. How long would it be before the gap was too big to close?

The CEO and Board understood they needed to put a specialist in charge: In the physical retail business that Walmart has mastered, senior executives are expected to have deep understanding of fundamentals - merchandising, pricing, supply, etc. They walk stores to see first-hand what's working and what's not. With experience and mentoring, they gain intuitive understanding (judgement) allowing them to lead more effectively. The same principle holds in eCommerce - a professional eCommerce manager gains understanding of how site layout, search, customer service, shipping, promotion, and other factors impact shopper decisions, satisfaction, and ultimately sales - eCommerce fundamentals. While Walmart's senior leadership had an abundance or physical retail understanding, they lacked a senior eCommerce leader with the depth and intuition needed to go toe-to-toe with retail's biggest disruptor, Jeff Bezos.

The acquisition of Jet.com gave Walmart the opportunity to accelerate change: It came with a sky high price tag - $3 billion in cash (+$300 million in WMT stock). It was also the highest price ever paid for a US eCommerce company and represented roughly 6X anticipated revenue. This was a high multiple given that Jet.com had yet to turn a profit and their variable price model was far from proven. As comparison, Unilever's earlier $1 billion acquisition Dollar Shave Club acquisition had been for 4-5X earnings, also considered high at the time. There were big questions about Walmart's big bet, both on Wall Street and in Bentonville, and many questioned the wisdom of this move. Savvy speculators knew that this was about more than just an eCommerce site, though...

Walmart wasn't just buying a company, they were buying a fighter: Marc Lore has been an influence on the industry since 2005 when he and co-founder Vinit Bharara started Quidsi, the patent company of Diapers.com and Soap.com. This was early days - the year after Facebook launched. Quidsi's strategy was to use bulky diapers, detergent, and other "loss leaders" as a way to attract shoppers and then sell more profitable items like clothes and toys. In their early days, the founders had to buy product at retail stores like Sam's Club because big companies like P&G wouldn't sell to them directly. Despite very stiff price competition, primarily from Amazon, Quidsi was successful in growing revenue. In 2011, the company sold to Amazon.com for $545 million in what was one of Amazon's biggest acquisitions. In 2017, Amazon ended up shutting the Diapers.com down in part reportedly due to profitability issues but speculation is that the shut-down was Jeff Bezos' way of publicly disparaging Lore.

Marc Lore knew the enemy: After Amazon's acquisition, Marc Lore worked inside Amazon.com for almost 3 years. This gave him great insight about the Seattle-based behemoth but his experience was discouraging from a personal standpoint. In his new reality at Amazon, he lacked the autonomy and opportunity to build that he craved. In a 2018 interview, he said of his time there:

"I think a lot of entrepreneurship is about, like I said, having fun building something, being empowered to make decisions and run, build your own unique culture, hire the people you want to hire, watch them grow and develop, and go on to bigger and better things, and learn while they're there. It's, like, there's a lot of benefit of doing it that go beyond dollars and cents. And I think that hit us, like, 'Hey, in this new structure, this new world, a lot of the things that made us happy are not going to exist anymore.'"

Walmart, on the other hand, has given Lore & team autonomy (for the most part): A big risk in the Walmart acquisition was that the company would quash Jet's startup culture. An early test occurred when Jet's in-office drinking and their office happy hour, along with "swearing," were abolished by more conservative forces at Walmart. It wasn't long, though, before Walmart reversed their ban and Jet was allowed to continue many of their former practices. While this concession was largely symbolic, a more important win is the wide latitude Marc's been given to pick his own team and to play a major role in overall company direction. As a result, Walmart's "new" eCommerce strategy is distinctly different and better than it was before.

Now, Marc continues to drive a broad agenda and is delivering change at rapid pace:

It looks like Walmart made a good bet with Lore - recent eCommerce results have been stellar overall: With Lore at the helm, the company has posted consistent double-digit quarterly eCommerce increases and expects these to continue. While many factors contribute to stock price, Walmart has also had a good run with 78% appreciation in share value since Lore joined the team (as of August 2020).

What does the future hold for Walmart and Marc? No one really knows but, with him at the helm, Walmart's eCommerce future looks bright. Marc is frequently asked about his plans, in particular whether or not he intends to stay at Walmart. Some in the press have speculated that he's looking to exit. He's insisted that he doesn't plan to leave anytime soon. He is, in effect, an experienced and decorated general backed by one of the world's biggest companies and leading the greatest retail battle in the past 50 years. Why stop now?

Post by Allan Peretz
August 11, 2020
Allan's an accomplished eCommerce leader with experience on brands of all sizes including SK-II, The Art of Shaving, Samsung, and Pampers. He's responsible for maintaining the strategies and "playbook" that we use to grow your business.

Posted by Allan Peretz, Apr 01, 2021
If you’re like most marketers, you probably aren’t excited by the intricacies of international law. Because of recent ...

What The Changes at Jet.com Mean for You

Posted by Allan Peretz, Jun 13, 2019
Yesterday, Walmart dropped a bombshell when they announced that they would be consolidating Jet.com and Walmart.com ...