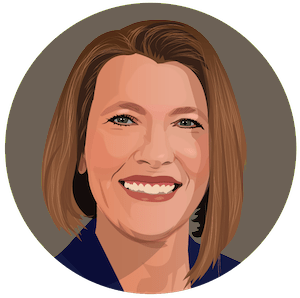 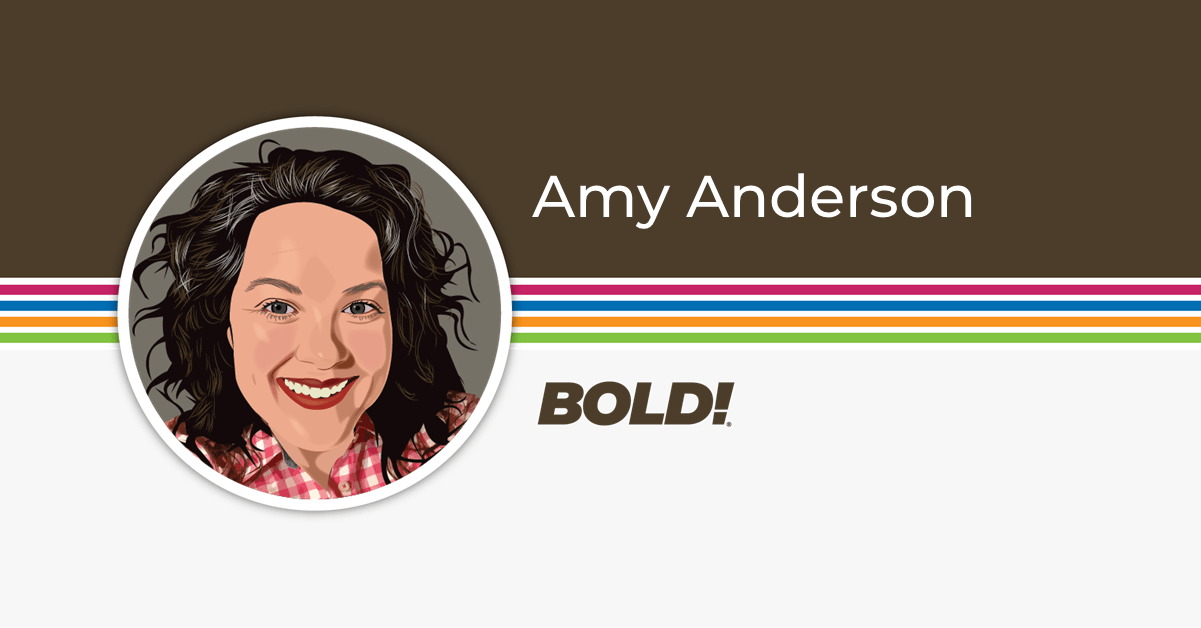 We are excited to welcome Amy Anderson to the BOLD team as our newest Senior Copywriter!

Amy is a creative leader and copywriter with years of in-house, agency, freelance, and consulting experience. She’s written for many iconic brands including Abbott Nutrition, American Airlines, Better Homes & Gardens, Cadbury-Schweppes, Campbell’s, Colgate, and more! In her new role as BOLD’s Senior Copywriter, Amy’s extensive experience and leadership qualities make her the best fit to guide and craft brand stories and impactful content.

Here’s a bit more about Amy in her own words...

Why did you decide to join Bold Strategies?

After dabbling in e-comm throughout my career, I decided it was finally time to go all in. What better place to do that than at BOLD? I've enjoyed watching the company grow as I've worked with them in a freelance capacity, and I look forward to being a part of their continued growth in the future. Plus, I'm really excited to be joining such an incredible team that includes several talented team members I've worked with closely in the past.

What's the first thing you ever bought on Amazon.com? What does that say about you?

Books. I bought lots of books to replace some that were damaged in transit during a cross-country move to Vermont. These weren't just any books though. Several of them had been signed by one of my favorite authors with Arkansas roots – Donald Harington. Thanks to a mutual friend who shared the sad details of my book-loss tragedy with the author, all would soon be made right in this book lover's world. It just so happened Harington and his wife would be passing through my neighborhood on their way to visit his kids in New England. Since Amazon was able to deliver replacement copies of all those books in a hurry, I was able to take him up on his offer to make a pit stop at my place along his way. When he showed up on my doorstep, I invited him in and presented him with a fresh stack of books. He signed every one of them. Today, the bookshelf across the room is still filled with the titles that brought us together that day. Several new releases also donning his inscriptions have since been added. So I think that the first Amazon purchase says this hoarder of hardbacks is pretty resourceful in finding a reliable supplier who can support her need to read.

What is that one song that's the soundtrack to your life? If you're not a music lover, what's your favorite book?

One? Just one!?! Right now, I'd have to say the one song that sums it up best is Welcome to Wherever You Are by Bon Jovi. My everyday playlist is rather eclectic. It spans multiple genres and includes thousands of artists. Jimmy Buffett, Adele, and Chris Stapleton are the holy trinity currently reigning supreme on my list of favorite musicians.

If you could hop on a plane and not have to worry about expenses, where would you go?

Anywhere but France. After being pickpocketed – passport, cash, credit card, travelers’ checks – in Saint-Denis on my 21st birthday during a government shutdown, I know better. With the U.S. Embassy closed and no way to get a passport replaced, it took some convincing for French officials to let me board the plane home. While I can say traveling without a passport and with a police report detailing why I was traveling without one proved possible pre-9/11, I can't say I want to ever do it again. It's not easy to get French wine through customs in Detroit without any form of ID, especially when you're less than a week into being of legal drinking age in your home country. Trust me.

Would love to go to Greece. Hope to go back to Africa to spend more time there. And I'd love to return to Italy. Since that would be my third time visiting Italy, I'd be required to stay. I made that promise to myself after falling in love with Florence on my first visit. You've been warned.

I'm happiest when I'm doing anything in the kitchen, except maybe cleaning the oven. I can spend the whole day in there by myself or just gathered around the table hanging out with friends.

"People would be surprised to know that..."

Most people might be surprised to find out I am a big Jimmy Buffett fan (a.k.a. Parrothead). So far, I've phlocked to see him in concert 10 times in six different states – Arkansas, Iowa, Missouri, New Mexico, Oklahoma, and Texas. Concert #11 will happen very soon, it's literally just around the corner at the AMP. These stats pale in comparison to some other super fans, but I'm not gonna lose my shaker of salt over it.

How much of a fan am I? Well, once upon a time, when Buffett came to the Sam's Club Home Office Saturday Morning Meeting to launch his Margaritaville Seafood product line, I found out about it. With the help of two other Buffett-loving coworkers who also worked in Walmart marketing, a plan was formulated. One secured permission for a Walmart Radio interview and brought his recording equipment. The other propped himself with a camera, becoming our photographer. And I had embraced my role as "writer" with my trusty pen and pad in tow to jot down any important notes.

None of us slept much that night. We did manage to walk right into the building and find our way into the line for the private meet and greet though. From there, we got in to meet him without anyone knowing two out of our group of three shouldn't have even been there in the building. In addition to getting several autographs, I secured a real treasure – a picture of Buffett and me together, both showing off our fins to the left moves.

Buffett performed at the meeting that morning. We watched from the second row, thanks to a friend who saved us seats on the off chance we didn't get found out and kicked out of the building. As much as I feared I would be found out and fired for pulling this little stunt, I'm kind of bummed that I wasn't. If I had been, it would have been so worth it.

Posted by Karla White, May 12, 2022
We are excited to welcome Casey Jacobo to the BOLD team as our newest Junior Art Director!

Posted by Karla White, Jul 05, 2022
Peyton is a recent graduate from John Brown University with a double major in International ...