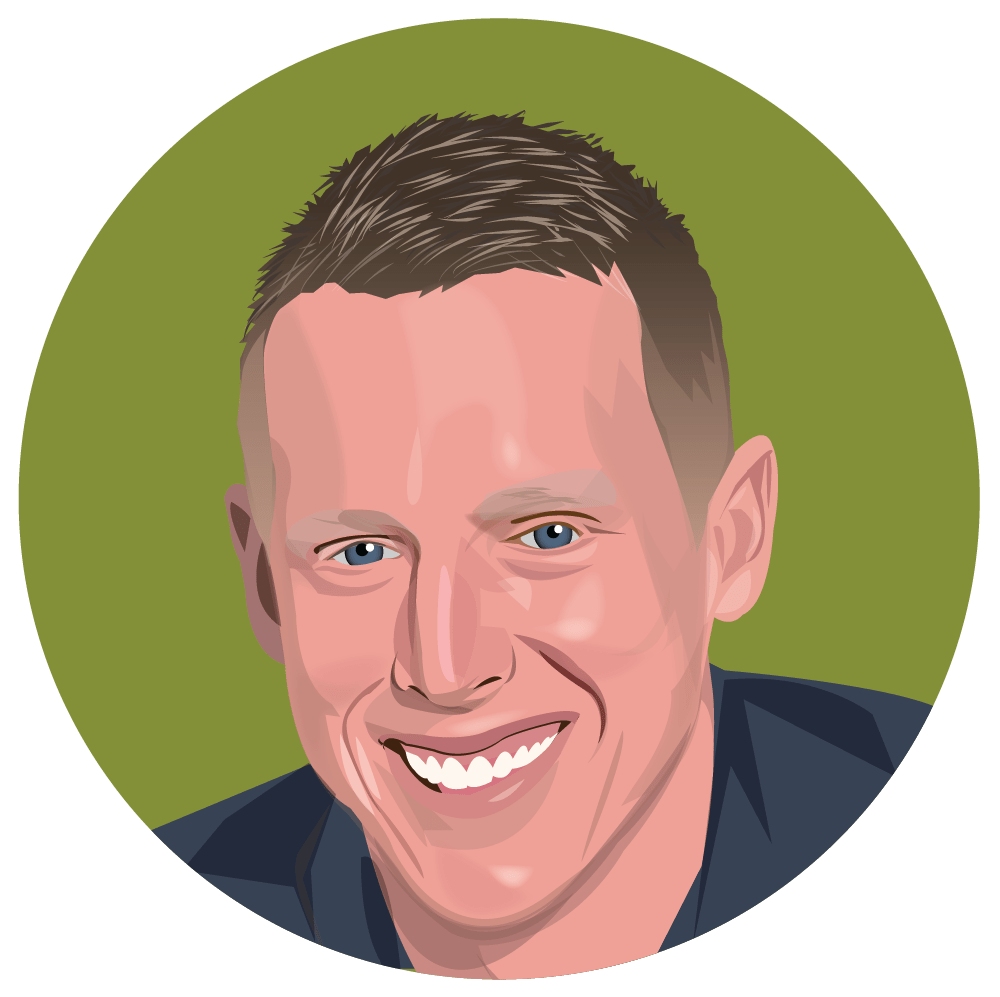 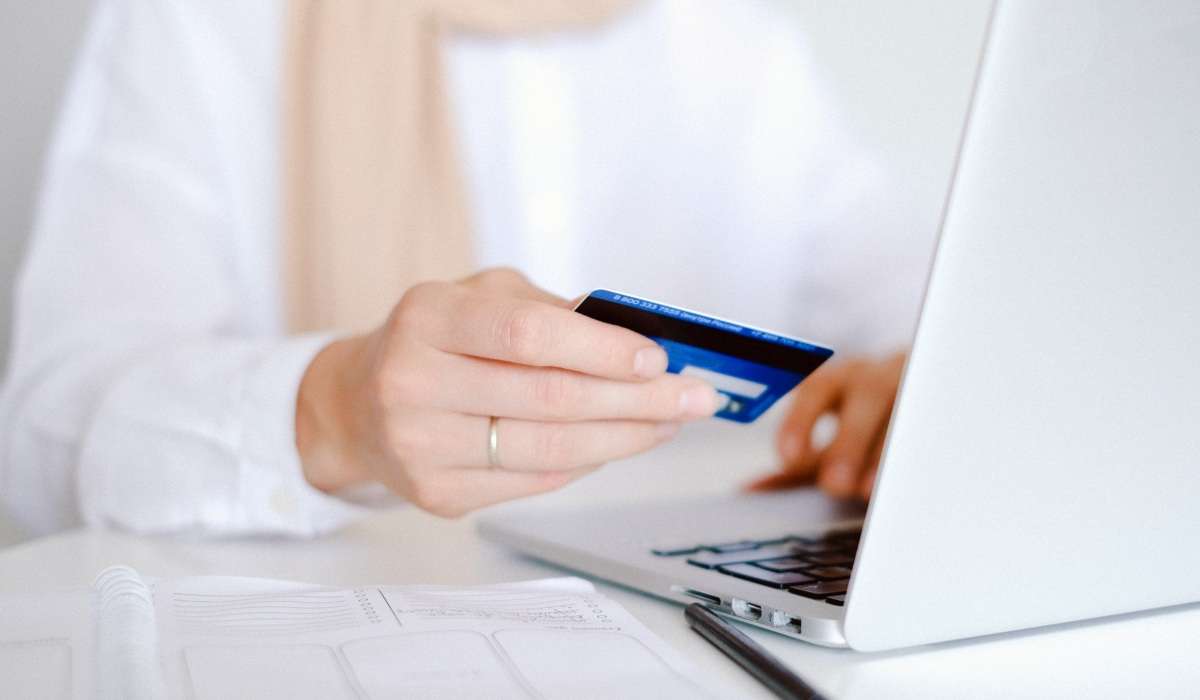 This week, the ongoing war between Walmart and Amazon "went nuclear." Walmart, in response to Amazon's previous announcement of 1-day Prime shipping, committed to their own launch of free 1-day shipping. While initially limited to select markets, the retailer confirmed intent to reach 75% of the US population this year. While both announcements stunned industry analysts, this battle is only the latest in an ongoing war between the titans.

For over a decade, Walmart and Amazon have appeared to be on a collision course: After cementing their reputations as the respective giants of brick-and-mortar and online shopping, each business has sought a greater claim of the territory dominated by its foe. Amazon has been learning about Physical experiments with Whole Foods and a number of other initiatives while Walmart bought itself much needed eCommerce leadership with 2016's acquisition of Jet.com (see our profile of leader Marc Lore here) and is using that expertise to advance .com efforts.

While other retailers have folded under growing pressure from Amazon's growing dominance online, Walmart has yet to flinch. It has maintained its hold on the top spot of Fortune’s Global 500, generating over $500 billion in revenue, compared to $178 billion for Amazon and seems well-equipped to go toe-to-toe with Amazon as the line between brick-and-mortar and online retail blurs.

Here’s a look at what to expect from this next wave of competition between these major retail brands, and what it means for the future of retail as a whole.

Amazon’s desire to build a stronger brick-and-mortar presence is no secret. In recent years, the company has made multiple forays into the physical retail space, most notably with its nearly $14 billion acquisition of Whole Foods in 2017.

Amazon has also launched other experimental projects to test the waters of brick-and-mortar selling—including Amazon Books, a SoHo gift shop called Amazon 4-Star, and a number of Pop-Up kiosks in cities across the country.

But the biggest potential disruptor to the current brick-and-mortar landscape is Amazon Go, a cashierless convenience store that uses cameras and sensors to track what shoppers take off of store shelves, and bill their Amazon accounts automatically, allowing them to then walk right out the store's front doors. While at the time of this writing Amazon has 12 Go stores open across the United States, CNBC reports that the company is pursuing an aggressive rollout of as many as 3,000 more by 2021.

Between Whole Foods and these new Go stores, Amazon is likely hoping to leverage a much-improved physical presence among consumers to provide a better omnichannel experience and improve brand relationships with consumers. But it will still be playing catch-up to Walmart’s currently unbeatable retail scale - selling space measured in hundreds of millions of square feet.

Walmart Sets the Pace for Click-and-Collect

While Amazon is making serious plans to build a stronger physical store presence across the United States, Walmart already has that at its fingertips. As PYMNTS.com points out, Walmart’s infrastructure of more than 4,700 stores is able to reach about 90 percent of the U.S. population.

The company is using that infrastructure to assert its brand as a destination for “click-and-collect” shopping. This omnichannel shopping experience, which lets consumers make orders online and pick them up at a nearby store, is particularly popular for online grocery orders. According to The Washington Post, U.S. revenues for curbside grocery pickup are projected to hit $35 billion by 2020. Walmart already offers this service at more than 2,100 stores, with about 1,000 slated to add it to their offerings by the end of the year.

While Amazon is still building out its infrastructure—Whole Foods only offers curbside pickup in 22 cities—Walmart is expected to generate over $4 billion in 2019 from curbside pickup orders alone.

Walmart’s 2016 acquisition of Jet.com gave the company a strong, digital-native brand that could extend its reach into urban areas where Walmart’s presence isn’t as strong as Amazon. More recently, Walmart’s ecommerce strategy has emphasized acquisitions of smaller ecommerce companies with a built-in audience of younger consumers, expanding both the company’s inventory options and its built-in consumer base and e-commerce reach. Walmart is rapidly becoming a "house of brands." 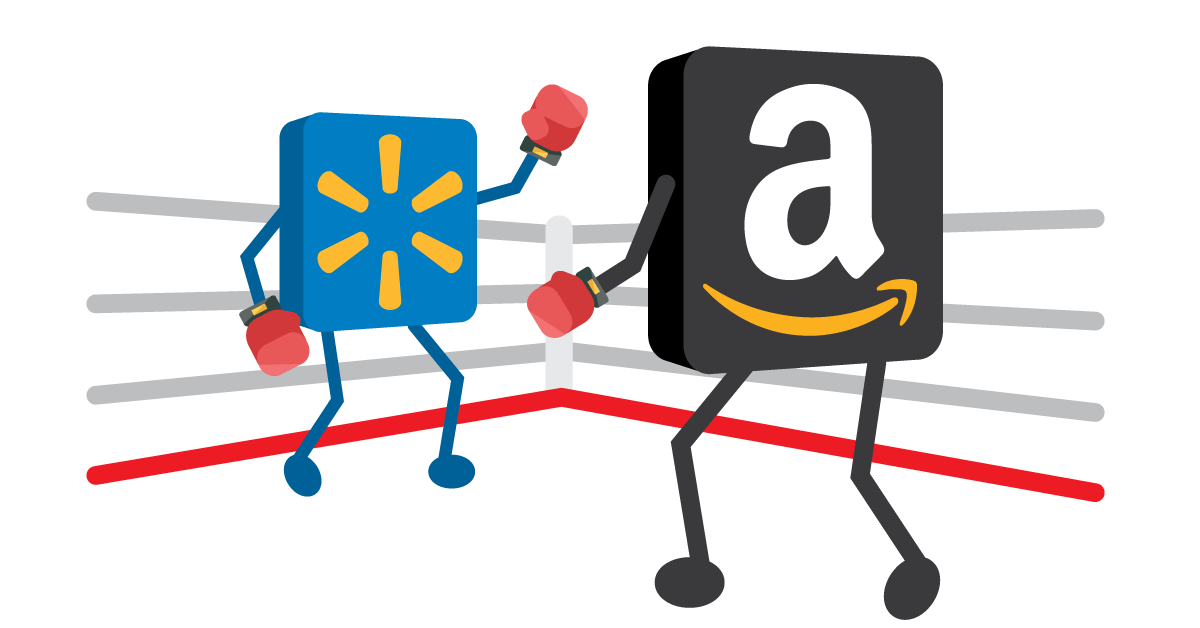 The Race for a Faster Supply Chain

Amazon’s industry disruption has led to widespread overhauls of supply chain and shipping methods for major brands and shipping companies, but both Walmart and Amazon are competing with one another to reduce the time it takes for an online order to reach a consumer’s front steps (bridging the "last mile").

Amazon has released that it’s investing $800 million in warehouses and delivery infrastructure to accommodate a distribution system that can reliably offer 1-day shipping for all Prime members, although experts say this may take years to develop. Amazon isn't waiting for partners UPS, USPS, and FedEx to make this happen, though - the retailer is rapidly building a fleet of planes, ships, and trucks to get goods from supplier to buyer.

In the meantime, Walmart hit back quickly after news of Amazon’s efforts broke, stating that they’re rolling out next day shipping on May 14th, 2019 to select markets (Phoenix and Las Vegas) with goals to cover most of US shoppers by end of the year.  No membership required, simply order $35 worth of goods to qualify, unlike Amazon Prime which costs $119 annually.  Currently, Walmart is releasing this as a curated, standalone shopping experience with over 220,000 of the most frequently purchased items including high frequency items like Diapers that will drive more trips to the retailer. Read more about the shipping wars here on Business Insider.

Walmart is also working to match or beat Amazon's "last mile" capabilities: It recently purchased an ownership stake in delivery startup Parcel, in hopes of streamlining its own delivery experience. In the meantime, Walmart is able to leverage its massive footprint to improve deliveries to consumers, including through the use of its retail stores as order-pickup centers and distribution centers.

What This Means for Brands

As both sides gear up for a heated retail battle, the effects of this competition—and the disruption it inspires—will send ripple waves across the retail landscape. The strategies that prove useful to either Amazon or Walmart will have a significant impact on the future of retail, and every brand will be affected.

Brands need to ensure that they are equipped to win on the new battlefield.  Product size, weight, and assortment will become a significant factor in determining if your items will be selected for the new world of home delivery. Brands can also expect that BOTH retailers will put pressure on cost to subsidize their race to the doorstep - brand margins are at greater risk than ever before. In addition, brands will need to react to new initiatives seeking to enhance customer experience like Amazon's "Frustration Free Packaging."

For some brands facing increased margin pressure, Direct-to-Consumer (DTC) selling will also become an increasingly attractive option. Although the learning curve can be steep for traditional manufacturers, even the stodgiest of the old guard are now experimenting in this space.

All of this will require coordination between multiple teams within brand organizations. CPG Marketing, Sales, Supply Chain, Finance, and others will need to partner and innovate like never before to win in this new world.

The Next Battle to Watch…

Grocery delivery is shaping up to be Amazon and Walmart’s next big battleground…  Today, only a very tiny fraction – barely 2% - of grocery purchase occur online (far less than other non-grocery categories). The added convenience offered by home delivery, along with increasing consumer trust in quality, will step change eCommerce food & CPG sales.

No one really knows who will win the next 5 years but it's clear that both Walmart and Amazon are making the investments needed to be at the front of the pack. It's a safe bet for brands that both retailers will grow disproportionately to the overall US market and both need to be the focus of brand distribution efforts.

Posted by Karla White, May 09, 2022
We are excited to welcome Ronald Walker to the BOLD team as our newest Senior Director of Analytics!

Posted by Karla White, May 12, 2022
We are excited to welcome Casey Jacobo to the BOLD team as our newest Junior Art Director!

Posted by Karla White, Jul 05, 2022
Peyton is a recent graduate from John Brown University with a double major in International ...